Just how effective is hypnotherapy?

Hypnotherapy accesses and works with your subconscious mind. It is so effective because it bypasses your conscious mind. Your subconscious believes absolutely everything, and it controls your emotions, habits, cravings, and responses to the world. It is where your thoughts, memories, and experiences live. It handles around two million bits of sensory information every second, whereas the conscious mind handles about seven.

Therefore, the images, metaphors and suggestive positive affirmations produce profound changes, even for the most analytical person. There is a myth that in hypnotherapy you are being controlled, but far from it. You, the client, is always in control. Your conscious mind is analytical, logical, and critical. Your subconscious mind is far more accepting and nonjudgmental. The subconscious mind understands metaphors, associations, and patterns in which hypnotherapists are trained to use. Old habits that are hurtful are reframed. Old patterns, which are destructive, are changed while you enjoy the experience of feeling relaxed, sleepy and chilled out.

When you are motivated to make changes, hypnotherapy is mind blowingly effective. You will be amazed at the results it will bring.

Your eyes are getting heavy. You feel sleepy.

That is not hypnotherapy.

There is no mysterious mesmerizing figure waving a pocket watch that will goad you into behaving like a clucking chicken. In fact, hypnosis contradicts this concept of being helplessly controlled on several key points. Subjects in a hypnotic trance are not slaves to their therapist. They have absolute free will. And, they’re not really in a semi-sleep state. They’re actually hyperattentive.

Our understanding of hypnosis has advanced a great deal in the past century, but the phenomenon is still a mystery. Science has yet to fully explain how it actually happens. We see what a person does under hypnosis, but it isn’t clear why he or she does it. This puzzle is really a small piece in a much bigger puzzle, which is, how the human mind works.

Psychiatrists understand the general characteristics of hypnosis, and they have some model of how it works. It is a trance state characterized by extreme suggestibility, relaxation and heightened imagination. It’s not sleep, because the subject is alert the whole time. It is most often compared to daydreaming, or the feeling of losing yourself in a book or movie.

Patients are fully conscious, but tune out most of the stimuli around themselves. They focus intently on the subject at hand, to the near exclusion of any other thought.

Therapists focus on the trance state brought on by intentional relaxation and focusing exercises. This deep hypnosis is often compared to the relaxed mental state between wakefulness and sleep.

In this special mental state, people feel uninhibited and relaxed. Presumably, this is because they tune out the worries and doubts that normally keep their actions in check.

In this state, you are also highly suggestible. That is, when the hypnotist tells you do something, you’ll probably embrace the idea completely

The subject’s sense of safety and morality remain entrenched throughout the experience, however. A hypnotist can’t get you to do anything you don’t want to do. 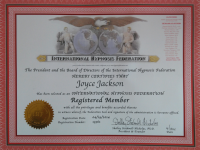 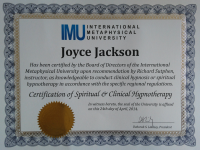